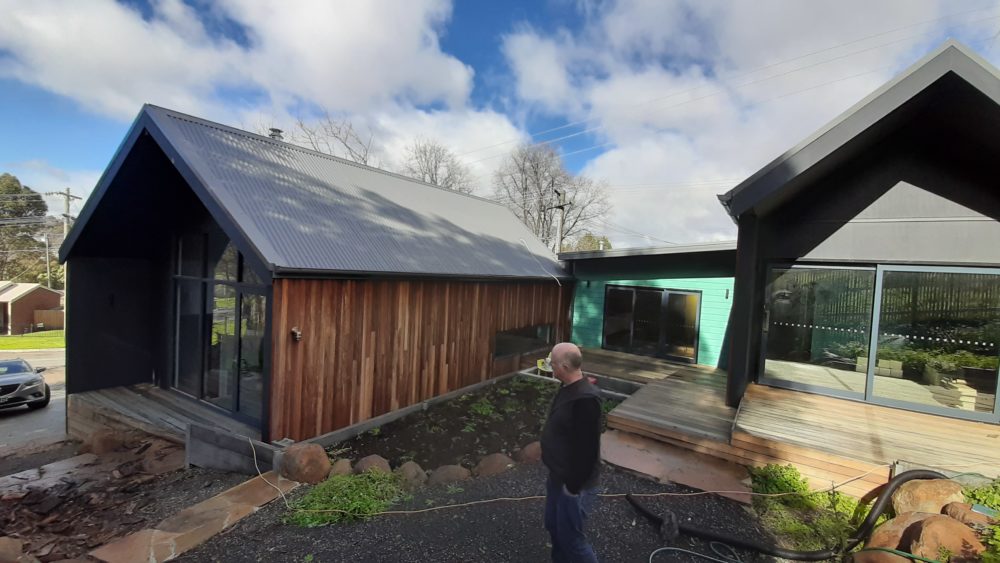 This modest sized corner allotment in Central Ballarat had been subdivided from the property of a gold rush era bluestone home, and as such our parcel of land fell into a heritage overlay. The slope of the land is remnant of both an ancient lava flow and mining activities of the late nineteenth century. The architectural styles of the neighborhood are varied but we decided to pay homage to the traditional style of the pitched roof miners cottage. Privacy and solar gain were important so we set the building as close to the street corner as was allowed in order to maximize the private open space to the north of the building. The modern gable-ends of the home were faced to the sun and the splayed roof overhangs were designed to omit the unwanted summer sun and to obscure views from the street. 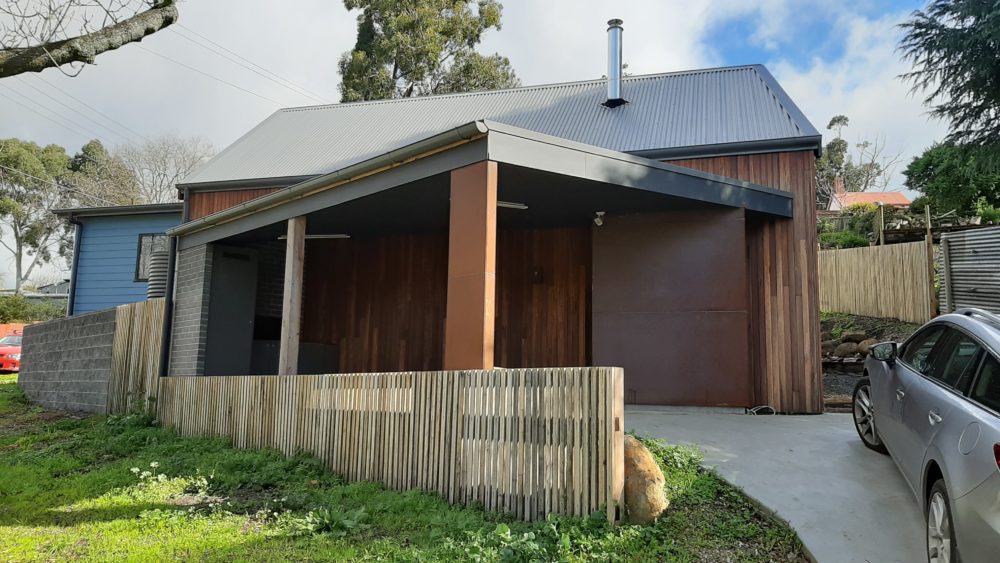 There is often a temptation on sloping blocks to simply cut a flat building site as deep as you need, but this is disrespectful to the natural characteristics of the site and gives you the feeling of being sat in a hole. We stepped this building over three levels with minimal cutting and filling into the site. Each volume houses a separate function of the home and a visual hierarchy of roof height and form gives clues as to what the spaces are inside.

As is often the case it can be a bit of a battle with the council planning department to have your reasoning for building siting and form accepted. The south side of the house faces the street so this is where you want the most privacy and less need for glass because there is no solar gain to be had on the south of a building. Council were however adamant that we added glazing to the street facade so that it looked more like the front of a home. In doing so this reduced the energy rating. In any case, we have tried to create a heritage for the future, where the building looks like it belongs but also provides an energy efficient and thermally comfortable home, as are the greatest concerns of living in the 21st Century. 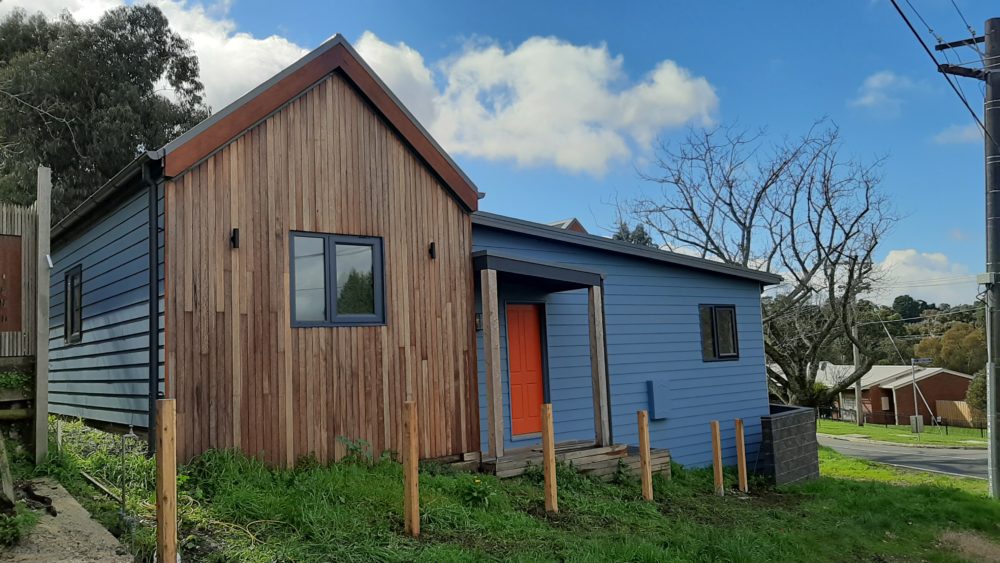 “We had the good fortune to meet Matthew Turner last year during a Ballarat Sustainable Open House tour – after striking up a conversation with him at that event, it became clearly evident that his vision and philosophy for a house build were exactly in line with our sensibilities. Matt’s considered approach, his ability to undertake thorough research (as we have a heritage overlay on our block in Ballarat Central), and his easy communication style, have meant that the 10 months since we began our project with Enduring Domain, we’ve had a remarkably positive experience. Matt has a real talent for being tactical in his design elements – in our case, he carefully took into account the sloping block, and devised a split-level home to suit our needs, whilst being strategic to ensure the project kept within budget by engaging a professional cost estimator in the early stages of the design process. Around that same time, Matt also arranged a meeting with Ballarat Council’s Heritage Department so as to guarantee that the drafted blueprint for a new modern build were appropriate to the area. This made certain that we did not waste any time with submitting a planning permit to council that was not a suitable fit. Matt’s comprehensive attention to detail reading policy documentation and possessing a solid grasp of eco-efficient building materials and the like, made certain we traveled along on a cohesive pathway from the very beginning, with nothing left to chance. As we now embark on the building stage, we are eagerly looking forward to living in our new home.” 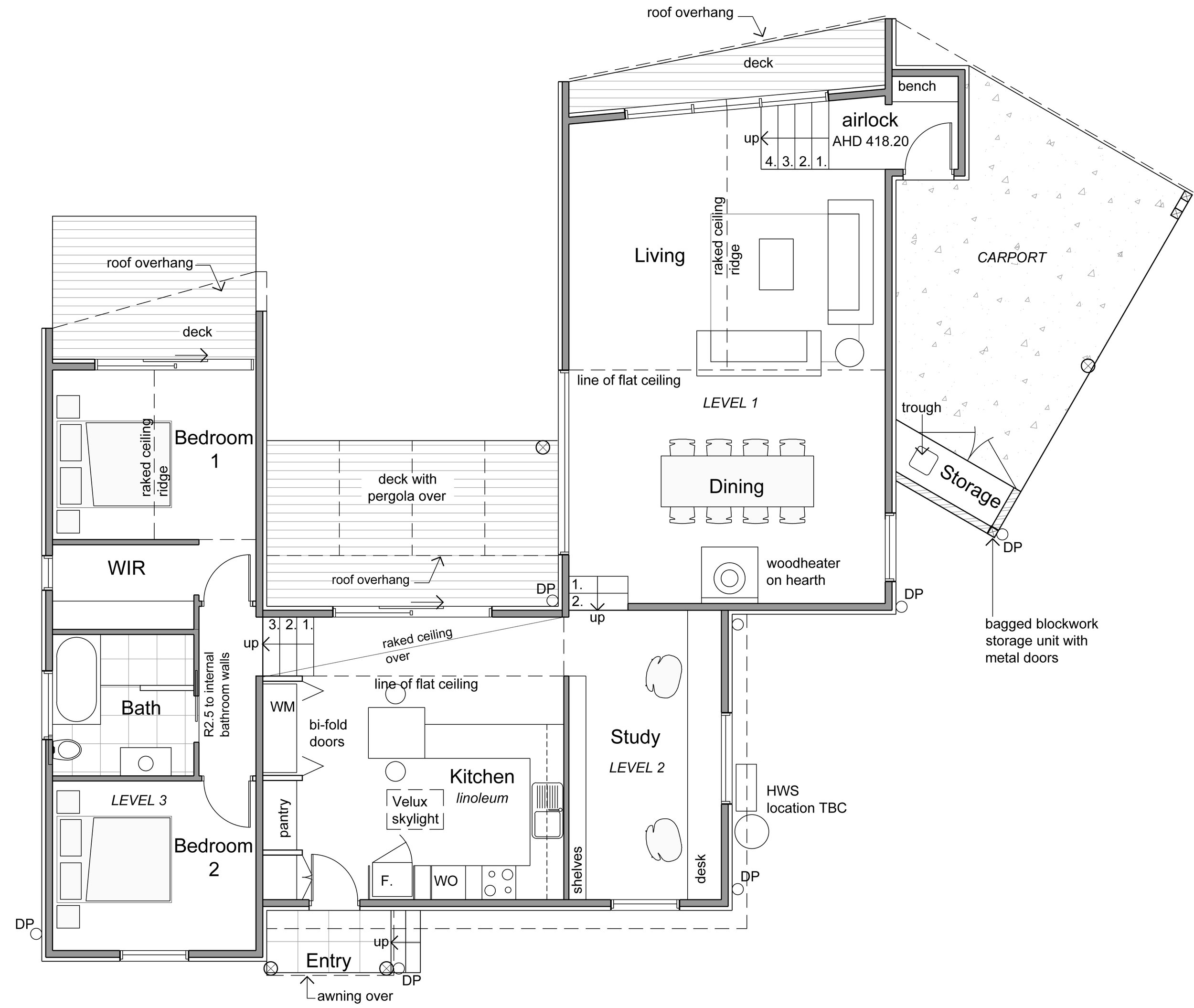 The split level plan is simple in its arrangement: sleeping and bathing on the upper level, kitchen and study on the central middle level, and living and dining on the larger lower level. 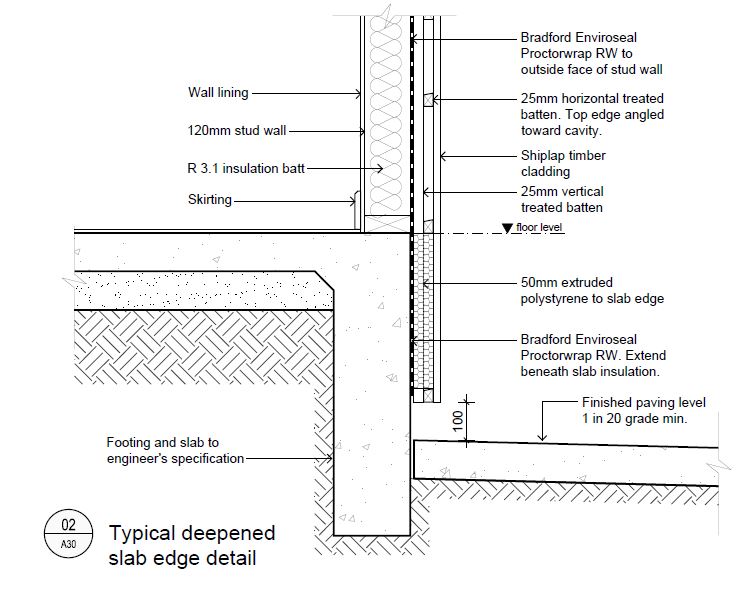 Using conventional materials and building practices, the wall section is layered up to provide additional insulation, airtightness and condensation relief. 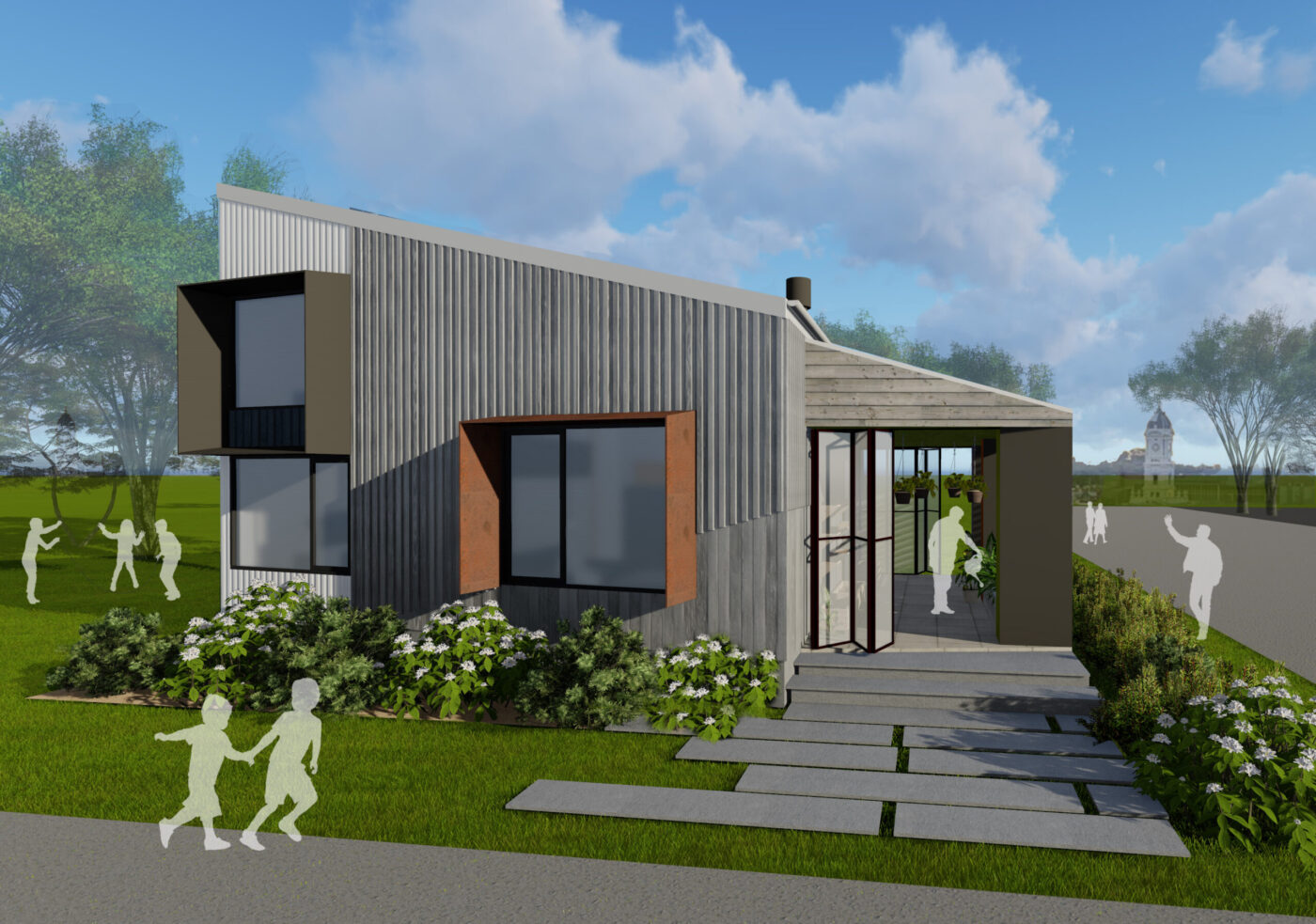 Off the plan, Residential 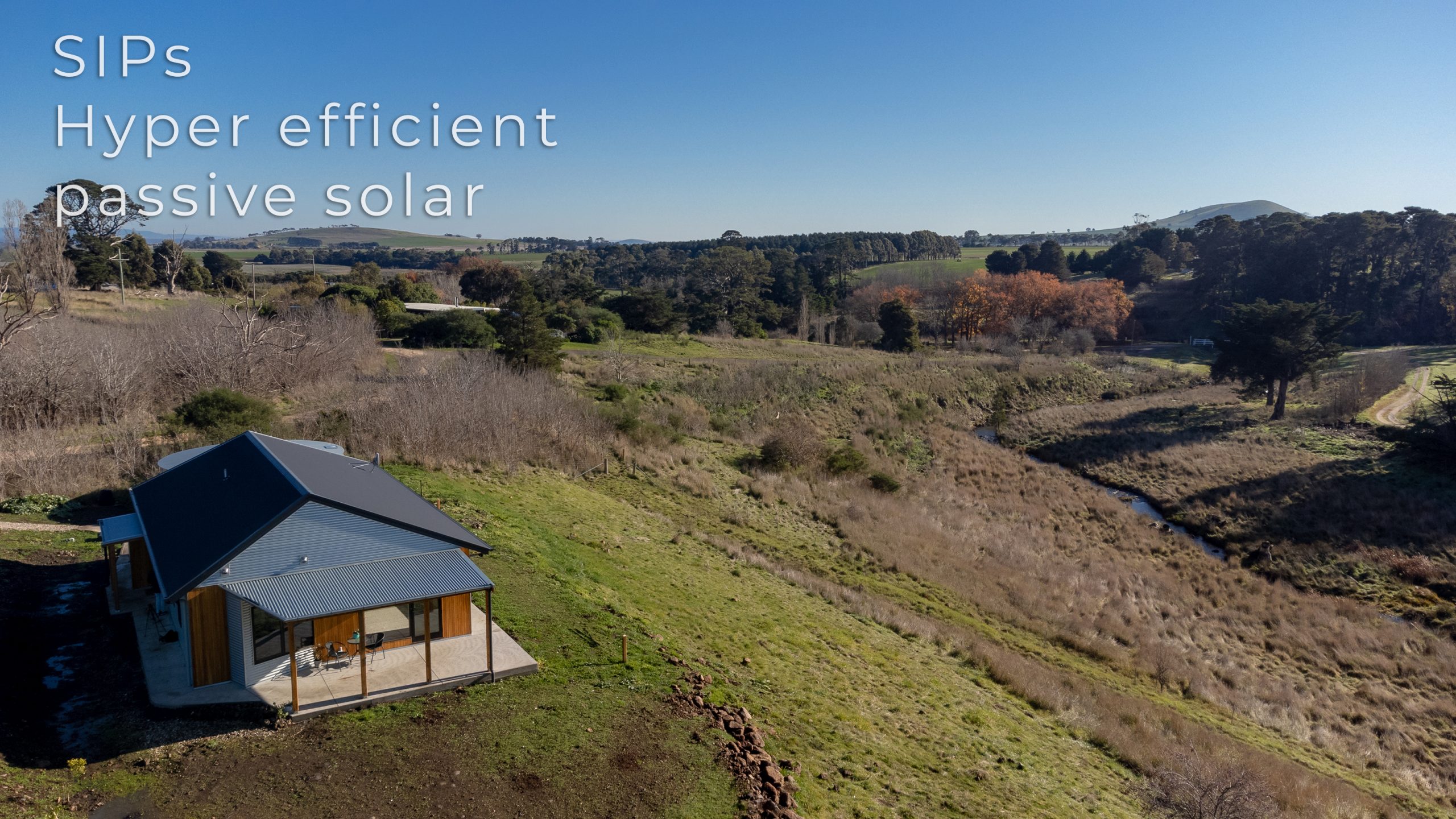 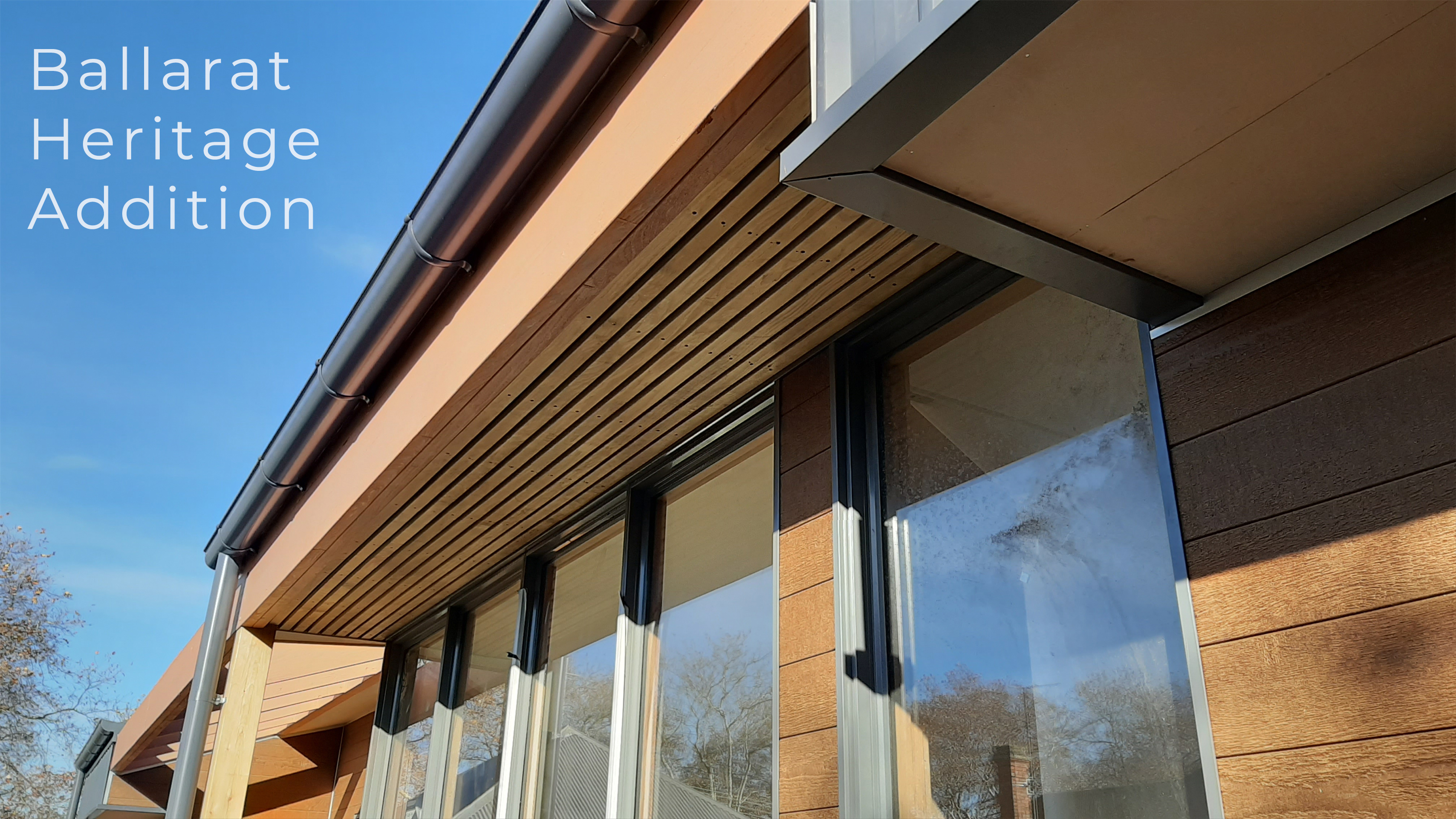 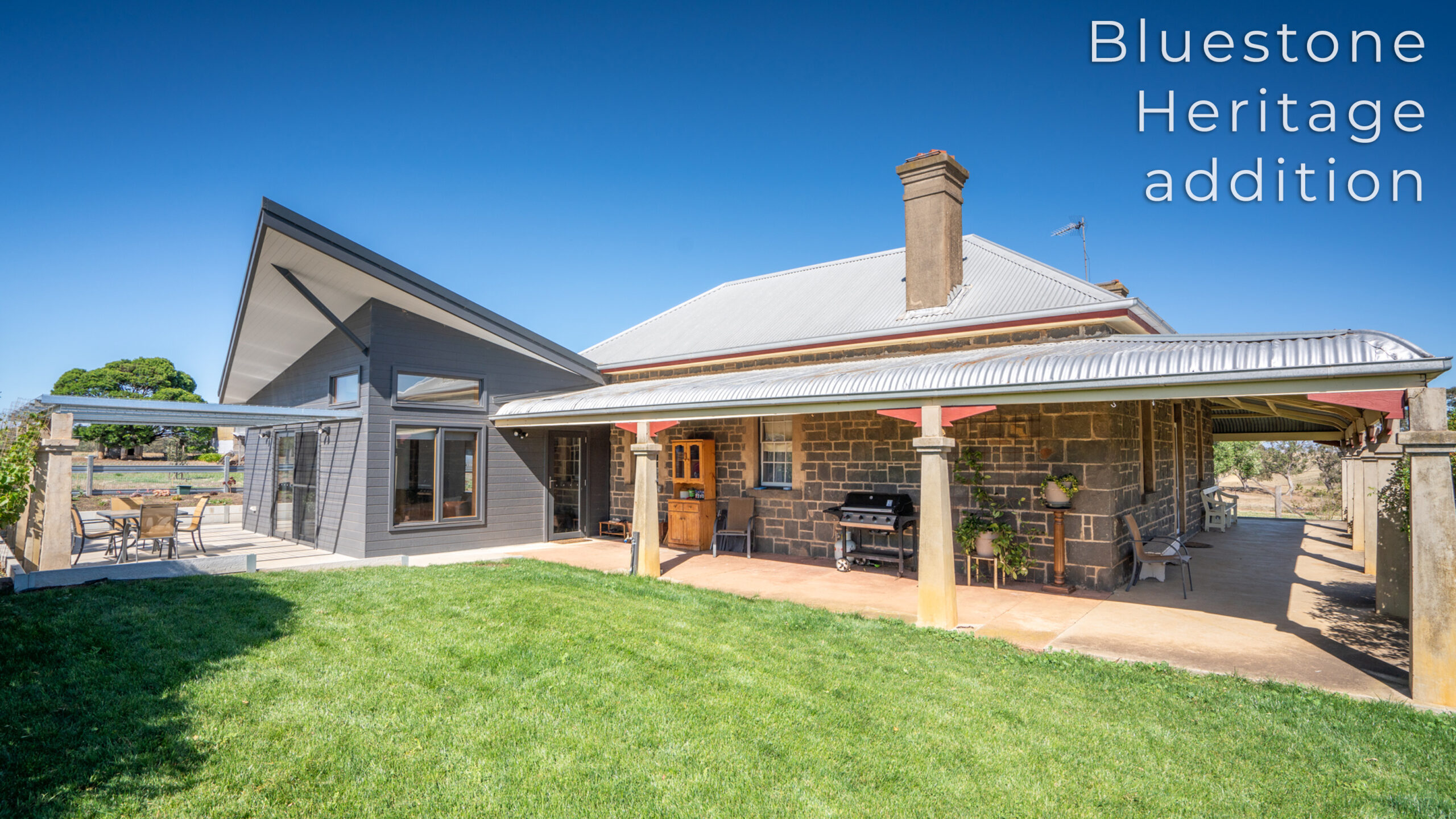